Do you want to shop as a private person? Click here to get to Svenskt Tenn's regular website.

Svenskt Tenn was founded in 1924 by Estrid Ericson, who recruited Josef Frank to the company 10 years later. Together they created the elegant and boldly patterned personal interior design style that continues to pervade the range to this day.

In October 1924, Svenskt Tenn opens its doors on Smålandsgatan in Stockholm. Only thirty years old, Estrid Ericson, the art teacher from Hjo, invests the small inheritance she has just received from her father in her company.

Together with the established pewter artist Nils Fougstedt, Estrid Ericson wants to offer modern pewter objects at reasonable prices. They produce these themselves in the little workshop behind the store. Pewter has quickly become one of the most exciting materials of the era, competing more with the new glass and ceramics of the time than with metals such as silver and silver plating. Svenskt Tenn quickly gains recognition as an established brand of quality, and establishes a name for itself. In 1925, it receives a gold medal at the World Exhibition in Paris.

Estrid Ericson turned over a new leaf in Swedish design history when she offered Josef Frank a safe haven in which to live and work in 1934. The Austrian architect and the Swedish storeowner quickly became an unbeatable duo.

Although, it was Josef Frank who designed the furniture and textiles, it was Estrid Ericson (1894 – 1981) who had the eye for how they would best come into their own. Together the two transformed the sober and objective functionalism into something soft and homey. Their version of functionalism was international and sophisticated and it included patterns, colours and objects while still managing to maintain simplicity.

Josef Frank has had an enormous impact on the history of Swedish design. Despite the fact that he was already 50 years old when he fled the antisemetism in Austria for Sweden and Svenskt Tenn, the Austrian architect is considered to be one of Sweden’s most important designers of all time.

At Svenskt Tenn, Josef Frank received both a unique stage and invaluable help from Estrid Ericson, who was an exceptionally artistically inclined producer. He awarded her by being extremely productive: there are over 3,000 furniture sketches and 250 original print designs signed Frank in Svenskt Tenn’s archives.

“One should never imitate a Picasso”. It was with this figure of speech in mind that, in 1979, Ann Wall assumed the position of managing director of Svenskt Tenn after Estrid Ericson.

She arrived at an artistically highly reputed, but administratively old-fashioned, company. Estrid Ericson had served as managing director until she was well in her 80s, and so Wall began her work by carrying out a large number of organisational improvements. Everything was reviewed, ranging from payment routines and stock management, to business hours and marketing.

Gradually, a carefully considered renewal of the product range was carried out. Piece by piece, the foundations were laid for the commercial cultural institution that Svensk Tenn is today. Incidentally, it was Ann Wall who coined the phrase. During the 1990s, Svenskt Tenn experienced an eight-fold increase in sales.

Over time, collaborations were also established with selected contemporary designers and with art and design colleges. When Ann Wall retired after 20 years as managing director, the Beijer Foundation established a design prize in her honour. This was entirely in accordance with the new business concept of “passing on Estrid Ericson’s and Josef Frank’s spirit with a modern twist.”

Ever since designers Anna Holmquist and Chandra Ahlsell founded Folkform in 2005, they have been creating unique design objects that border on crafts and industry.

As a designer, Blomqvist strives to create items beyond the expected, by combining everyday objects with a love for playful and sculptural forms.

For the Holiday season 2022, Svenskt Tenn is collaborating for the second time with the renowned artist and designer Luke Edward Hall.

In the spring of 2022, Svenskt Tenn will launch a completely new table setting collection, designed by Danish goldsmith and jewellery designer Charlotte Lynggaard. Here, she has used her love and passion for setting tables, and created tablecloths, napkins, placemats, trays and napkin rings.

India Mahdavi is known for creating unique environments, combining a modern sense of comfort and elegance with colour and humour.

Birgitta Löwendahl has, among other things, designed jewellery, pewter and textile products for Svenskt Tenn for 20 years, and created jewellery for Svensk Slöjd, Skandium London, Garbo and more.

Eva Schildt studied furniture and product design at Beckmans College of Design. She has designed decorations, a table and a newly released carpet for Svenskt Tenn.

Jean-Baptiste Lescudé is a French architect, born in Pau in 1993. Spring 2022 he designed the fabric Persephone after the Greek goddess associated with the return of spring.

Peter Nylander is a designer and artist, educated at Beckman’s College of Design in Stockholm where he has worked as a lecturer since 2008. Spring 2022 he designed Candle holder Lux for Svenskt Tenn.

Sara Söderberg is an artist and designer. Today she explores human movement and relationships through sculpture, ceramics and site-specific works. Spring 2022 she created the dinnerware Gryning (Dawn) for Svenskt Tenn.

For the first time, Frida Fjellman, whose designs were previously often turned in wood, has produced a design entirely in glass. Her bold, colourful and sometimes radical expressions in glass, ceramics and other materials have triumphed in Sweden and internationally.

Ann Wåhlström was previously connected to the Kosta Boda glassworks but now has her own production studio in Seattle. She designed the Iris vase series for Svenskt Tenn in 2009.

Together, Carina Seth Andersson and Jakob Solgren have created a Christmas decoration collection for Svenskt Tenn.

Maja Sten (f.1974) is an illustrator and designer. She studied at Konstfack before she moved to London and finished her studies at the Royal College of Art.

Designer Sam Wilde positions his practice at the intersection of visual art and surface design, and is best known for visual storytelling through his bold repeat pattern work.

Kotone Utsunomiya is a Japanese artist, illustrator and picture book writer specialized in handmade techniques such as lithography, colour pencil and batik work.

Natasia Wadsted is the Swedish artist and designer behind Svenskt Tenn's Easter collection 2022. This year's collection consists of a table cloth, hand-painted glass eggs and napkins in a festive and vivid design.

Artist Evelina Kroon is best known for her graphic check compositions. She finds harmony in repetition and uses unexpected combinations to create texture and tension.

Architect Per Öberg has created environments in the Liljevalchs art gallery, at the Grand Hotel and at Sturebadet in Stockholm, among others.

Karin Mamma Andersson studied at the University College of Arts, Crafts and Design in Stockholm from 1986 – 1993. Today she is one of Sweden’s most renowned artists internationally.

Gustaf Nordenskiöld is an artist, designer and curator based in Stockholm. He has designed a number of items for Svenskt Tenn, includin a glass collection and a set of brass knobs.

Jean-Philippe is known for his creative, playful and colourful textile designs, often pieced together layer by layer through patchwork.

Ingegerd Råman has been awarded the Excellent Swedish Design award on a number of occasions. For Svenskt Tenn she has designed both glass and porcelain.

The Stockholm-based design and architecture studio TAF is founded by Gabriella Gustafson and Mattias Ståhlbom.

In 1994, Michael Anastassiades opened his studio with the aim of exploring contemporary notions on culture and aesthetics. He has created several items for Svenskt Tenn.

For Svenskt Tenn, Lars Nilsson designed his first collection of fabrics for interior; fabrics and carpets with animated stripes and motifs, all hand drawn in watercolour, chalk and ink.

Designer Carina Seth Andersson's work is in a number of museums and institutions. Among other things, she has designed vases for Svenskt Tenn.

Hans Eric Ericson doesn’t allow himself to be pigeonholed. He’s as much an author as a designer, publisher, artist and satirist.

Jakob Solgren works on the borderline between art and design and has, among other things, exhibited his boxes – designed for Svenskt Tenn – at the Nationalmuseum.

Signe Persson-Melin was just a teenager when she decided to become a ceramist in the early 1940s. A few years later, Svenskt Tenn bought her first teapots and mugs.

Since 1987, Sebastian Schildt has worked on his own and today he has a gallery and showroom on Strandvägen, next door to Svenskt Tenn.

John Astbury has received international attention and won several design awards. He graduated in 2011 and since the he has worked with Svenskt Tenn on a number of occasions.

Harri Koskinen is known as one of the great Nordic designers of our time. In connection to the "Shadow Play" exhibition, he designed a floor lamp, a table lamp and a tray exclusively for Svenskt Tenn.

The artist and illustrator Siri Carlén's ornate designs adorn everything from display windows and clothes for Swedish fashion brands to trays and interior accessories. 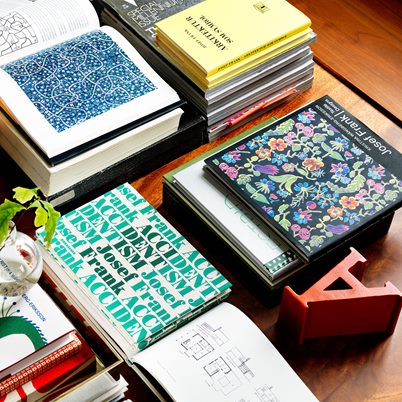 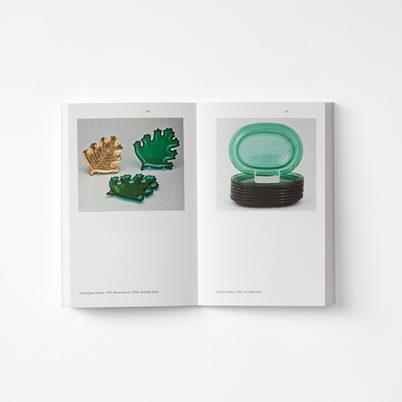 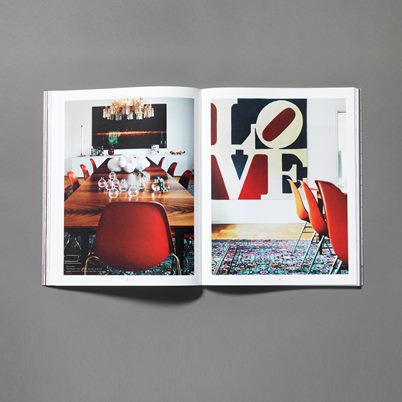 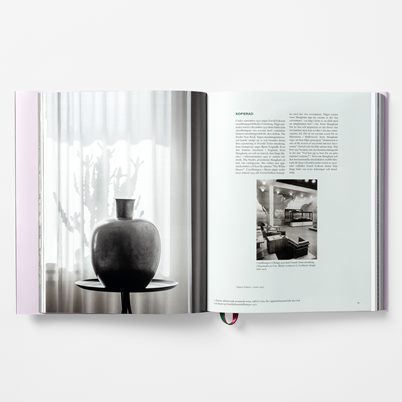 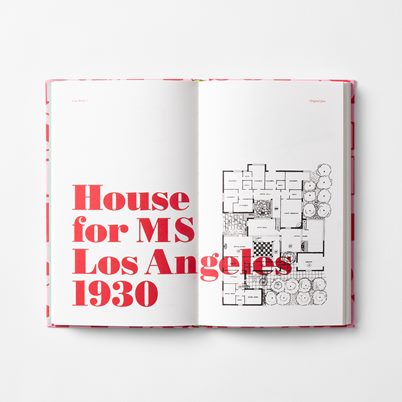